“It’s More Blessed To Give Than To Receive”

Matters Of The Heart 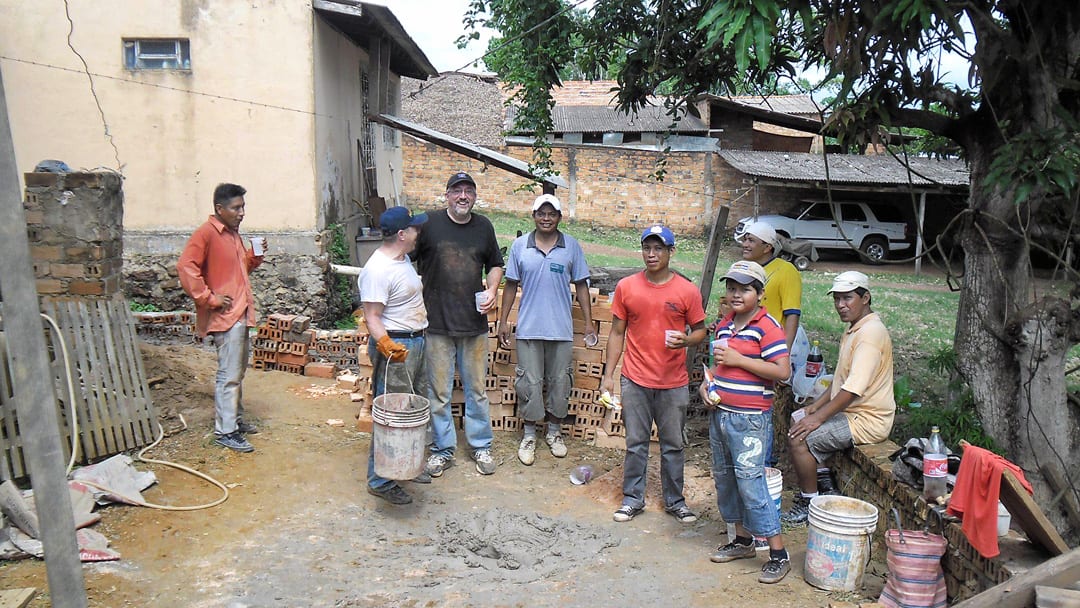 Bolivia is an amazing country and I loved the short time I spent with the folks down there as I was considering working for an organization called Friends In Action International. Having lived overseas for over a decade, I’m still interested in staying involved helping others, both spiritually and physically, by serving them. What I really love about this organization is their commitment to helping various people groups throughout the world by serving them in all sorts of ways.

They find missionaries that have been working with people on a local level and based on what the local population feels are their most important needs- they come up with a plan to work together and help out. They’ve been involved in everything from dropping wells for fresh water, rebuilding houses for hurricane victims, road and bridge building so that local populations can continue functioning even during the rainy season-among many other things. One of the projects they had completed in Bolivia had to do with building a 53 foot, double-decker river boat. Every year they take 5 teams of medical staff who travel throughout the Amazon River basin and over the course of time have helped people in over 60 remote villages.

Amazing La Paz: The first stop on a long journey

In order to get to Guayaramerin, Bolivia – the town where I visited, I first took a commercial flight out of Miami to La Paz, Bolivia. La Paz is an amazing city which is located 11,500 feet above sea level on a plateau situated in the Andes Mountains. Amazing! Flying in and out of that place took my breath away. In order to continue to our final destination, you stay on the plane while people get off the plane who are staying in La Paz and you take on other passengers who wish to continue on to Santa Cruz, the final stop. It’s basically like a bus stop.

I continued on the commercial jet to the final stop of Santa Cruz where we were met at the airport by a local who drove us to a small airstrip in the middle of the city. From there, myself and two other guys, boarded a small Cessna plane piloted by our American bush pilot, Greg, and flew the last 5.5 hours – mostly over Bolivian rain forests. We stopped once at a landing strip which the missionaries had helped construct in order to not run out of fuel in the middle of nowhere.  Greg was flying us over huge areas with very little civilization, fast developing weather fronts (with weather information just recently available), everything spoken in a foreign language, along with almost no place to refuel anywhere. Greg is an amazing pilot who is called to serve others throughout this remote country, in order to reach many remote areas at the risk of his life on a regular basis. “I’m raising a glass to toast you my brother.”

The cost and blessing of serving others

The reason I’m bringing up what it took to just get there is to highlight even the basic steps it may take to begin serving others in various parts of the world. I won’t even bring up health issues that local indigenous tribes and missionaries living among them need to deal with such as anacondas, piranhas, dengue fever, malaria, Brazilian Wandering spiders (dude!) etc….

All this being said, I want to give my kudos to the folks at Friends In Action International as they continue serving others – wherever they may live. I’ll leave you with the words of Jesus, ” It is more blessed to give than to receive”.

The Blog - What's on Our Minds

Let's get this party started!