Matters Of The Heart 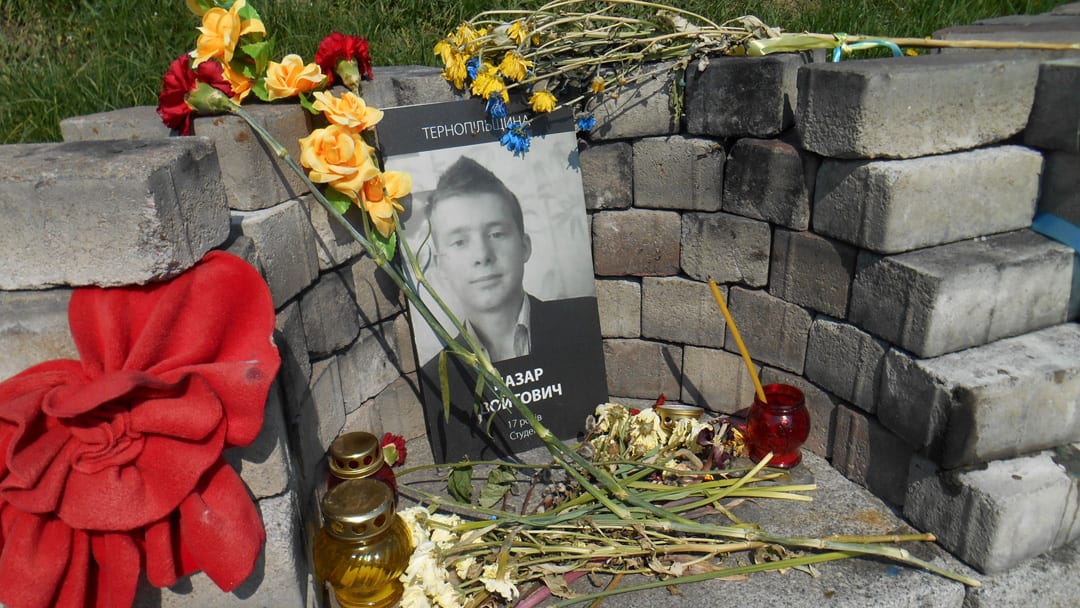 This photo was taken in 2015 when my wife, Linda, and I were in Kiev, Ukraine. It was the first time she had been back since our return to the States in 2005. It’s a memorial to a teenager who died as a result of standing up for his country’s freedom along with ninety-nine others who were gunned down on Maidan Nezalezhnosti (Freedom Square) in early 2014 in what has become known as EuroMaidan. His photo along with the others, line one side of a street located in the very place of this tragedy. Snipers and special police had been ordered to fire upon their own countrymen. Soon afterwards, the Russian-backed Ukrainian president fled to Russia. You can see actual footage from the whole event in the documentary, “Winter on Fire” which Netflix produced.

To our dear Ukrainian friends

I had planned on writing up a small post concerning many of our dear friends in the country of Ukraine, where my family and I had lived 11 years. We moved there in 1994- not long after the fall of the Soviet Union. It was amazing to watch the process of a fledgling democracy begin to take it’s first steps in light of it’s newly found freedom. Throughout our time there we were blessed to become a part of many Ukrainians’ lives who had welcomed us with open arms. It was their story that we had the privilege of being a part of. Their deep-rooted trust in God’s help and hope for a better future, in light of unbelievable and on-going challenges, remain a constant example to me even now.

To the victims of tragedy

Now with the Syrian refugee crisis, world-wide terrorist attacks, along with the Crimean occupation of Ukraine, we should be reminded to keep all of these victims and their families in our minds and in our prayers, as they all face the trials incurred within their borders from forces beyond their control. God have mercy on all of us.

"It's More Blessed To Give Than To Receive" →

The Blog - What's on Our Minds

Let's get this party started!